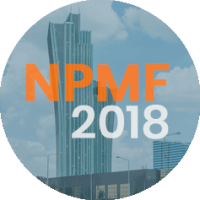 How to Administer Surfactant?

Since the approval of surfactants, research has been able to answer several questions and provide useful information on the diferences among existing surfactants, when to administer it and at which dose.

In the last few years, the majority of the clinical trials have focused on alternative ways of administering surfactant in order to reduce the degree of invasiveness.

The very frst attempts to combine surfactant treatment with non invasive ventilation techniques started in the 90s and have led to an established used of the so called INSURE (intubation surfactant extubation).

In the past two years 2 important papers have been published (Pinheiro et al 2016, Roberts et al 2017) on the use of a size one laryngeal mask (LMA) to administer surfactant. Despite these preliminary interesting results currently available LMAs are not of the appropriate size for premature infants.

The ultimate non invasive route of administration of surfactant is nebulisation. Chiesi is currently conducting a phase 2 study in Europe comparing nebulised Curosurf to CPAP only with the aim of investigating if it can reduce the treatment failure in the frst 72 hours of life.

Optimising Neurodevelopmental Outcome in the NICU

Participants are welcome to bring own data and discuss own ideas!

Enteral Nutrition - When to Feed? Does Feed Intolerance Exist? How Relevant Are "Risk Factors"?

nitiating and advancing enteral feeds in preterm babies can be a contentious issue. Individual practitioners and neonatal units can hold strong opinions which have been shown to infuence the rate of attainment of full enteral feeds, late onset infections and other neonatal and longer term morbidites.

This workshop will review the evidence (or lack of it) which supports a range of feeding practices and provide answers to a range of questions including when to initiate oral feeds, rate of increase, feed intolerance and how relevant are «risk factors».

Head of the Department of Neonatology Institute for the Care of Mother and Child
Prague, Czech Republic

Resuscitation of Term and Preterm Newborn

Resuscitation or support of transition is more likely to be needed by babies with intrapartum evidence of signifcant fetal compromise, babies delivering before 35 weeks gestation, babies delivering vaginally by the breech, maternal infection and multiple pregnancies. Furthermore, caesarean delivery is associated with an increased risk of problems with respiratory transition at birth requiring medical interventions especially for deliveries before 39 weeks gestation. Moreover, resuscitation is also provided in newborn after transitional period with established functional residual capacity and circulatory transition.

The aim of the workshop is to demonstrate the diferences in resuscitation of newly born infants at the delivery room and newborn with sudden unexpected postnatal collapse (SUPC) at delivery room or postnatal ward. SUPC is devastating neonatal event. A well-appearing, full-term or late preterm newborn suddenly crashes, often with full respiratory and cardiac arrest. Up to half of newborns with SUPC die, with many survivors sufering serious neurological damage.

Scenarios of term and preterm newborns will be established to show the practical approach to these serious entities.

We will review in a few words etiology, pathogenesis and goal – directed therapy of neonatal shock and then proceed with some very practical cases and discuss usual and unusual clinical scenarios of the neonatal shock.

Optimal oxygen saturation targeting remains elusive and controversial. Several larger RCTs on using Low (85-89 %) vs. High (91-95 %) have shown that in some of the studies, mortality was higher in the Low target group. ROP is a bi-phasic disease and targeting one target, like Low or High during the 2 diferent phases of ROP is not based on the pathophysiology of ROP. Experts recommend using High target, and after adapting these recommendations, studies from Australia, Germany, United States and Sweden have reported signifcant increase in severe ROP and ROP needing Laser therapy. Use of a graded oxygen saturation, that is, low during Phase I ROP and High during Phase II ROP has been shown to decrease ROP without increasing mortality.

The workshop will cover 3 main topics:

Intra and extra uterine growth retardation (IUGR and EUGR) Poor growth has been associated with suboptimal neurodevelopmental outcomes. We will critically review the evidence for these fnding as it is very difcult to disentangle from the existing studies the efect of growth, nutrition and associated illness.

Risk factors for poor lung growth Bronchopulmonary Dysplasia is likely a syndrome with multiple etiologies and the hallmark of disease is poor lung size/growth which requires prolonged oxygen supplementation. We will critically review the evidence of several associations with poor lung growth. We will try to separate out, as much as possible, causation factors from association.

Corticosteroids (CS) for Bronchopulmonary Dysplasia (BPD) The use of corticosteroids for the mitigation of the risk of developing poor lung growth/BPD remains still controversial. Over the last 3 decades there has been signifcant change in popularity for this treatment.

The workshop will take the candidates through an evidence based approach to delivery room stabilisation in terms of equipment preparation, timing of cord clamping, early thermal care, stabilisation using CPAP/Neopuf, then decision making about intervention with surfactant. It may also talk them through one or two diferent methods of surfactant administration.

The objective of this workshop will be to present and discuss with participants the principles of neonatal resuscitation. An update on the last version of the International Guidelines and the gaps of knowledge for the 2020 Guidelines, such as oxygen concentrations for initial ventilation of preterm infants, modes of respiratory support and role of the laryngeal mask, will be ofered. In addition, the milestones of stabilization in very preterm infants will be also discussed. Participants will be involved in the most frequent delivery room clinical scenarios by using neonatal manikins followed by a structured debriefng on technical and non-technical skills.

How to Treat a Preterm Baby? Pro and Cons Treatment Decisions

In this workshop we will discuss the case of a preterm baby. We will pay attention to ‚hot topics‘ of stabilization, care and medication. We invite the participants to contribute their experience to the discussion!

Pain evaluation in the newborn is still challenging, complex and difcult issue due to physiological and behavioral peculiarities of the neonatal period as well as limited capacity of the newborn baby to express pain and stress. Although the number of pain scales for assessing pain and stress in term and preterm newborn infants are available, but many of them are validated for assessment of pain and discomfort in particular clinical situations. Moreover, appropriate use of these scales very much depends on skills of the staf, is time consuming and momentary, therefore little progress has been made on wide use them in daily clinical practice. Non-invasive, easy and accurate instrument for continuous assessment of prolonged pain and stress in the neonatal population, especially in NICU setting, is still needed.

Appropriate analgesia should be provided before, during and after painful procedure or intervention to every newborn baby. The best result could be achieved with the combination of non-pharmacologic and pharmacologic techniques. Selection of the best possible method of pain relieve should be based on type of intervention and evaluation of pain intensity in the newborn.

The workshop will cover the basic pain physiology and peculiarities in the newborn, advantages and disadvantages of pain assessment tools, evidence based non-pharmacologic and pharmacologic treatment of the neonatal pain.

The seminar is about the system of prevention and monitoring of nosocomial infection in the NICU, key point of aseptic non-touch technique.

Neonatologist at NICU, Department of Neonatology Hospital of the Lithuanian University of Health Sciences
Kaunas, Lithuania

Neonatologist at NICU, Department of Neonatology Hospital of the Lithuanian University of Health Sciences
Kaunas, Lithuania

Back to Mathematics: How to Ensure the Right Amount of Nutrients in Total Parenteral Nutrition

Total parenteral nutrition (TPN) is very important during frst days of life. An adequate amount of nutrients, electrolytes and microelements may prevent or reduce postnatal growth restriction and improve long-term outcomes, especially in very low birth weight infants. Standard or premixed TPN admixtures may not be available in all institutions. Careful calculations should be made when prescribing individual TPN in order to prevent errors and adverse efects. The workshop will focus on TPN calculations to ensure recommended nutrient intakes in diferent clinical scenarios.

Present Your Own Case - Neonatal Potpourri

Case reports from participants of the NPMF have been submitted and reviewed. The topics cover a wide range of clinical problems. The authors will give 5 min presentations and the audience will discuss the case for 10 min.